In a swamp time does not flow. But that doesn’t mean that time ceases to exist. On the contrary, in a swamp history thickens and life develops in foul forms, conforming an ecosystem that grows and expands even when it doesn’t move forward.

Since this exhibition cycle began in September last year, the press releases have all started with the previous introduction. This was also the case for the text of this third presentation, the opening of which had to be canceled when the confinement began. Some believe that the current situation challenges the entire art system as we know it, but others feel that the need for new currents is still too powerful and that the swamp will not last. In the interval, we’ll continue to reflect on the virtues of this sticky, stagnant temporality. We did it before the virus paralysed us and we’ll continue doing it after. Intuition points to the idea of ​​suspension as key to understanding our time.

Artists such as Daniel Chust Peters have been thinking about this for much longer than a year. Much longer than a cycle. Daniel has spent a lifetime questioning this dictatorship of novelty, not as a reaction or as a defense of any tradition, but precisely to differentiate the linearity of change and separate progress from mutation. Two very different things that contrary to what everyone thinks, rarely go hand in hand.

In this conflict, between the flight forward of the art discourse and the doing of art, we could think of our body as if it were also that small pond: our bodies are essentially water trapped inside a membrane, subjecting every puff of air and every piece of food to its consumption and putrefaction. Like the swamp, we also grow, decay and develop, but our self doesn’t seem to be moving because of this. Whatever it is that we are, doesn’t flow towards any particular sea: it is trapped and yet it changes, it imagines.

The idea that art advances or evolves, now more than ever, is a fiction of Western modernity rather than a true description of its nature. The Swamp of Forever is an exhibition cycle that attempts to unfold this trope of time into four different aspects: love, coincidence, standard and origin, all of which share the same troublesome relationship with linearity.

In this third chapter, titled Standard, we will be presenting works by Daniel Chust Peters (1965, São Paulo), featuring a work by Alfredo Rodríguez (Madrid 1976).

Daniel Chust Peters (São Paulo, 1965) lives and works in Barcelona. Over the past thirty years he has developed a working method that starts from a single idea, the revision or reinterpretation of the artist’s studio. Through the use of various materials, techniques and disciplines, his practice leads, not without irony, the artistic question towards the real world. His studio – his artistic occupation – is the same theme of his work; However, thanks to a quick pirouette, his art dissolves into practice and experience. The fact that sometimes Chust has turned these spaces into toys not only provides the artistic object with a new dimension, a new usefulness, but also builds a critical device that questions the uses of architecture and the ironic nature of the art circuit. Chust Peters has exhibited, among others, at the Museum Moderner Kunst Stiftung Ludwig Wien (1999), Fundació Joan Miró de Barcelona (2002), Musée de la collection Berardo, Lisboa (2011) Musée d’Art Contemporain du Val-de-Marne, Paris (2006-2007), Herzliya Museum of Contemporary Art Israel (2015), and Dans l’atelier, l’artiste photographié d’Ingres à Jeff Koons, Petit Palais de Paris (2016).

Alfredo Rodríguez (Madrid, 1976) works around the photographic image subjecting it to experimental processes of variable complexity in his studio and laboratory. His practice almost always starts from images that refer to the body and ends up being transformed into an equivocal presence, moving away from the singularity of the physiognomy and approaching an idea of expanded flesh. The time of chemistry, photosensitive materials, light, his partner’s body and the material imprint of the photographic go through all the phases of his process, giving rise to a desire to erase or to a fading of the time of the image. In this way, his research pursues a maddened conservation of the ephemeral, by (or ‘while’) trying to provide the whole set of events and materials with a stable permanence, as if it were a crystallization. Rodríguez is represented by Espacio Valverde in Madrid and has recently exhibited at the Centro de Arte 2 de Mayo (CA2M) in Madrid, Montecristo Project Cerdeña, Matadero Madrid, Sala Arte Joven, and the Istituto Europeo di Design, among others. 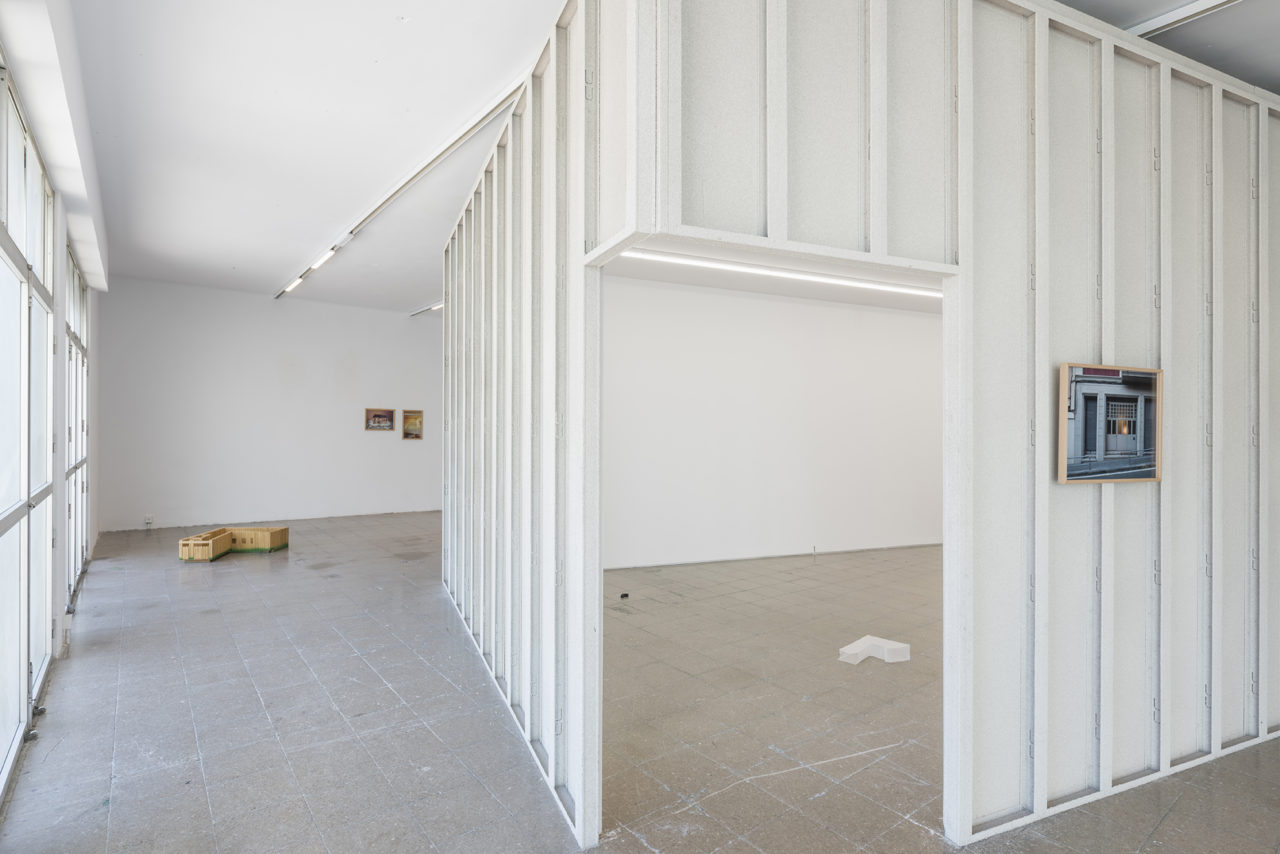